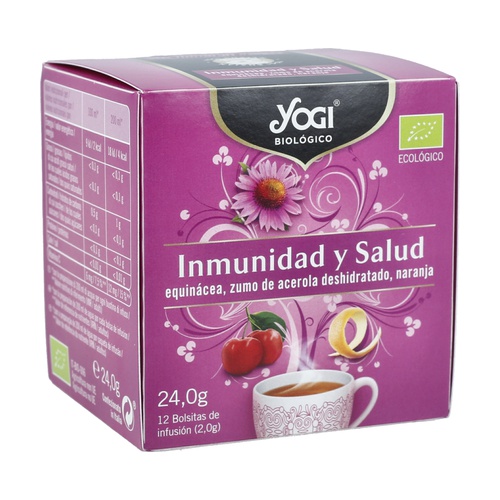 Yogi Immunity and Health combines this natural strength with the slightly bitter echinacea and the very fruity orange.

Orange is the most cultivated citrus in the world. Its origin is in Asia and it was introduced in Europe in the XV century. Its shell has numerous essential oils, it tastes as fruity as the pulp, but it is somewhat less sweet and slightly bitter.

Coriander: In the Middle East and Asia, slightly sweet-tasting coriander is used in almost all dishes, probably due to its majestic aroma, reminiscent of a tasty, spicy blend of cinnamon, nutmeg and orange.

It is recommended to pour 250 ml of freshly boiled water on the bag. Leave for 5 minutes - or more for a more intense flavor.