Install
Need some help ?
Contact
This product is no longer available
Farmaderbe

500 ml
Skip to the end of the images gallery 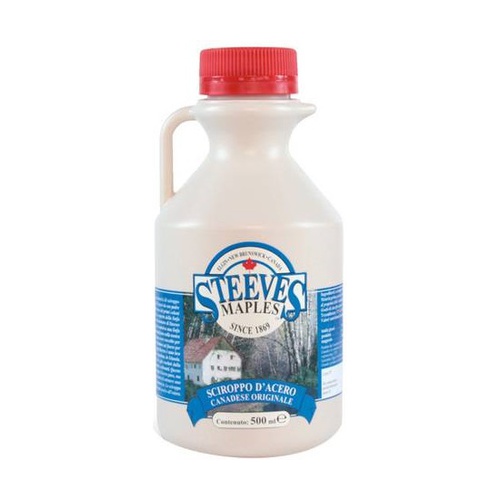 Skip to the beginning of the images gallery
SKU: LP-0055136
BILNAGT9UQ0
Store review (4.70 / 5) EXCELLENT
Farmaderbe Grade A Canadian Maple is a syrup commonly used as a sweetener, it is often administered for daily vitamin-mineral needs. It gives excellent results in the restabilizing use of altered organic situations.
View description
£12.74
This product is no longer available
Store review (4.70 / 5) EXCELLENT

Farmaderbe Grade A Canadian Maple is a syrup commonly used as a sweetener, it is often administered for daily vitamin-mineral needs. It gives excellent results in the restabilizing use of altered organic situations.

Original Canadian maple syrup.
Born and raised in Elgin, New Brunswich, one of the largest maple syrup producing regions in Canada, Roger Steeves learned the trade from his father who learned it from his father who in turn had learned it from his father. "My great-great-grandfather, who emigrated from Germany, was one of the first settlers to settle in these areas and the discovery of the sap produced by the maple happened almost by chance". It was 1869, while he was cutting some maple trees, he noticed that a sweet and dense sap was gushing from the bark. After collecting it, he boiled it over the fire in large cauldrons to make a syrup. "Since that day, carving maples and making syrup has become a tradition in our family," says Steeves. Canadian Syrup Steeves is among the most popular maple syrups on the world market, winner of numerous quality awards and certifications. It is an exclusively natural product without the addition of preservatives or dyes.
Steeves Maple syrup is made with sap flowing in the middle of the season, when the days are longer and warmer. The color is slightly amber, it has a very pleasant characteristic maple taste. It is the most widespread and appreciated grade for its organoleptic richness and the high percentage of easily assimilated simple sugars (fructose and glucose), minerals and amino acids.

It is recommended to use as a sugar substitute for any preparation that needs to be sweetened.