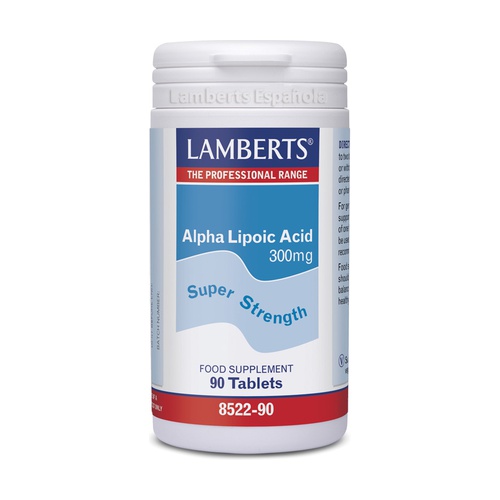 What is Alpha Lipoic Acid?

Alpha Lipoic Acid (ALA), also known as thioctic acid or simply lipoic acid, was discovered more than 40 years ago and was originally thought to be a vitamin. This vitamin-like substance has generated a lot of interest in recent years, especially with regard to both its ability to act as a powerful antioxidant and its role in energy production.

Alpha Lipoic Acid helps all B vitamins, including thiamine, riboflavin, pantothenic acid, and niacin, to convert the carbohydrates, proteins, and fats found in food into energy that the body can store for later use.

Alpha lipoic acid is a cell-protecting antioxidant , and can stimulate the body to potentiate other antioxidants, such as vitamins C and E.

Alpha Lipoic Acid helps to restore the levels of certain vitamins (C and E) , neutralizes free radicals and works as a powerful antioxidant.

How to take Alpha Lipoic Acid?

It is recommended to take up to 2 tablets a day before or after the main meals. As a general antioxidant booster you can use a dose of one tablet daily.