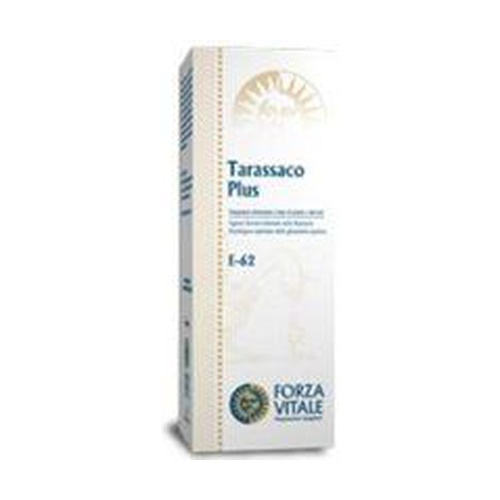 Epamix (Tarassaco-Plus) from Forza Vitale, is a food supplement, from Artichoke, milk thistle and horehound, they promote digestive function.

The Artichoke is a stimulant of the liver and bile functions thanks to the diphenols and flavonoids contained in it and to the cynarin, a bitter and aromatic substance.

In Tarasco, triterpenes in synergy with sesquiterpenic lactones, act as cholecystokinetics, activating the gallbladder muscles and modifying the chemical-physical characteristics of bile; also useful in gallstones.

Boldo-based preparations are choleretic and cholagogue and facilitate the function of renal and digestive elimination. They can be associated with dyspeptic plants such as the Artichoke, or plants such as the Sen, in the case of constipation treatments.

Boldine (active ingredient) has an elective action on bile secretion and, in particular, on the fluidization of bile, decreasing its viscosity and increasing its aqueous content.

Silymarin, the active ingredient in milk thistle fruits, has hepatotropic activity: it contrasts the hepatic damage effects of various hepatotoxic agents; It seems that this plant is capable of significantly accelerating the regeneration process of the liver parenchyma, since RNA synthesis is increased by stimulating the activity of RNA polymerases.

Rosemary is an anti-free radical, which is why it fights both metabolisms due to bio-physiological oxidations. It has a digestive, choleretic, and anti-steatotic action.

Rhubarb is a bitter-tonic, and stomachic, therefore it is used in dyspepsia and gastrointestinal atony, it is effective for liver disease, anorexia, venous insufficiency of the lower extremities, hemorrhages of different nature, dermatosis (due to liver dysfunction).

Fennel seeds have always been used in dyspepsia, meteorism and spasms of the gastrointestinal tract. Increases gastric secretion, saliva secretion, and choleresis.